The latest round of coronavirus stimulus legislation introduced in Congress on Monday includes some major tax provisions and changes for accountants to watch out for in the New Year. For...

The latest round of coronavirus stimulus legislation introduced in Congress on Monday includes some major tax provisions and changes for accountants to watch out for in the New Year.

For example, the package broadens the eligibility for stimulus payments. Under the CARES Act, joint returns of couples where only one member of the couple had a Social Security Number were ineligible for a payment. The latest round of relief legislation changes that provision. Families will now be eligible to receive payments for the members of the family that have Social Security numbers. This change is retroactive, so those who fall under this category who missed out on the first round of Economic Impact Payments can claim that money when filing 2020 tax returns in the spring of 2021.

The full amount is $600 per individual, $1,200 per couple, and $600 for children. It’s available for individuals with adjusted gross income at or below $75,000 ($112,500 for heads of household), and couples with adjusted gross income at or below $150,000. If they have children, they will receive an extra $600 per child. For those above this income level, their amount will be reduced by $5 for each $100 their AGI exceeds the above thresholds.

Unless they’re obtained by fraud, the checks do not need to be repaid. If an individual experienced an income loss in 2020 or if they have an increase in family size, they can claim an additional credit of the difference when the individual files their 2020 tax federal income tax return in spring of 2021. The direct deposits could go out as soon as next week, according to Treasury Secretary Steven Mnuchin.

The House passed the nearly 5,600-page bill, known as the Consolidated Appropriations Act of 2021, Monday night, followed by the Senate, to avert a federal government shutdown and send lawmakers home for the holidays. It includes a bevy of tax relief provisions, an extension of the Paycheck Protection Program (including a provision allowing deductibility of business expenses), along with a raft of tax extenders and extension of expiring unemployment benefits and eviction protections. However, there are changes in the way tax extenders will be dealt with in the future and safeguards against stimulus payments going out to deceased taxpayers, along with some new limits on the Federal Reserve’s ability to extend credit to companies under the exact same terms of the CARES Act programs.

The bill also helps more students take advantage of the Lifetime Learning Credit by increasing the income threshold at which the credit phases out. It provides more time for employees and employers to pay back deferred employee payroll tax amounts from the President’s August memorandum.

The bill includes incentives for hiring and retaining workers. It extends, expands and significantly improves the Employee Retention Tax Credit, offering a 70 percent credit on up to $10,000 of wages per employee per quarter to help keep employees on payroll and connected with their jobs. The bill also improves the coordination between the Employee Retention Tax Credit and the Paycheck Protection Program by allowing access to both programs while preventing a double dip. It clarifies that expenses paid with the proceeds of a forgiven PPP loan are deductible.

To support affordable housing and community development, the bill establishes a 4 percent minimum credit rate for the low-income housing tax credit. It also encourages investment in economically disadvantaged areas by providing a five-year extension of the New Markets Tax Credit at $5 billion per year.

To help the alcohol industry, the bill makes the Craft Beverage Modernization Act permanent, supporting beer, wine and distilled spirits producers across the country. It also extends various other tax provisions before they expire.

“These tax incentives have been critical to Ohio during the ongoing COVID-19 pandemic,” Portman said in a statement. “Many of these incentives, especially the Work Opportunity Tax Credit, are critical to keeping folks employed during these unprecedented times and generating more investment and economic development in Ohio. These tax incentives drive more economic growth and job creation, and that’s necessary as we continue to recover from the economic slowdown caused by the COVID-19 pandemic.”

The bill may lead to work on other tax extenders. “Next Congress, we should continue this serious and thorough discussion on the future of the remainder of these provisions, making permanent the ones that work for our economy and ending or phasing out the ones that are unnecessary,” he added. “I will continue to work with my colleagues in the House and Senate to help bring all sides together on a long-term agreement on these tax extenders.”

Here’s how the legislation impacts a number of tax incentives:

Senate Finance Committee ranking member Ron Wyden, D-Oregon, praised the expansion of the Employee Retention Tax Credit, which will keep workers on the job and help struggling small businesses survive, and its inclusion in the end-of-year tax package. Wyden’s proposal increases the Employee Retention Tax Credit rate from 50 percent to 70 percent of qualified wages. It expands eligibility for the credit by reducing the required year-over-year gross receipts decline from 50 percent to 20 percent and provides a safe harbor allowing employers to use prior quarter gross receipts to determine eligibility. The bill also increases the limit on per-employee creditable wages from $10,000 for the year to $10,000 for each quarter. It increases the 100-employee delineation for determining the relevant qualified wage base to employers with 500 or fewer employees. It allows certain public instrumentalities to claim the credit, and removes the 30-day wage limitation, allowing employers to, for example, claim the credit for bonus pay to essential workers.

The proposal also enables businesses with 500 or less employees to advance the credit at any point during the quarter based on wages paid in the same quarter in a previous year. It offers rules to enable new employers who were not in existence for all or part of 2019 to be able to claim the credit. In addition, it provides for a small-business public awareness campaign regarding availability of the credit to be conducted by the Treasury in coordination with the Small Business Administration.

Retroactive to the effective date included in Section 2301 of the CARES Act, the proposal clarifies the determination of gross receipts for certain tax-exempt organizations. It also clarifies that group health plan expenses can be considered qualified wages even when no other wages are paid to the employee, consistent with IRS guidance; and says that employers who receive Paycheck Protection Program loans may still qualify for the ERTC with respect to wages that are not paid for with forgiven PPP proceeds.

The bill does not include much of the extra assistance to state and local governments that has been in demand around the country. The National Association of Counties expressed disappointment in the legislation. “America’s counties remain on the front lines of this pandemic, addressing community health and human services needs, distributing vaccines and dealing with an economy on life support,” said executive director Matthew Chase in a statement. “Our message today is the same as it has been since the beginning of this pandemic: a coronavirus relief package without aid for state and local governments fails counties and our residents, whose lives and livelihoods are on the line.”

The American Sustainable Business Council also expressed disappointment with the bill, pointing out that it does not include extending emergency paid leave provisions. “Congress’s failure to address paid leave means up to 87 million Americans who were eligible for benefits from the Families First Coronavirus Response Act, which took effect last spring, could lose those benefits at the end of this month,” said ASBC executive vice president Thomas Oppel in a statement. “As the virus surges, Congress only included a tax credit to employers that provide paid leave, creating concerns that with so many small businesses facing serious economic hardship, the tax credit may not truly help. Extending paid leave is crucial for stability in small businesses and the overall labor market.”

Reactions to the legislation

House Ways and Means Committee Chairman Richard Neal, D-Massachusetts, sees much to like in the mammoth $900 billion package, but hopes to provide more aid to struggling taxpayers next year. “This agreement isn’t perfect, but it will offer struggling workers, families and businesses desperately needed support,” Neal said in a statement. “Americans are suffering, wondering how they’ll afford basics like food, medications and rent payments. Democrats ensured that the reinstatement and extension of critical unemployment assistance and a second round of direct payments made it in this package so that people will be able to cover their most immediate needs. Notably, eligibility for this new round of checks includes many mixed-status families who missed out on the first round of payments but will now have access to the federal aid.”

He noted that there are several additional tax measures that will help support people facing hardship while also getting the economy back on track. “We put more money in the pockets of working families by providing greater flexibility for those who are eligible to claim the Earned Income Tax Credit and Additional Child Tax Credit,” said Neal. “Though we faced resistance, Democrats fought for and successfully secured inclusion of the expanded Employee Retention Tax Credit and the deductibility of expenses paid for using PPP loans, two provisions that incentivize the hiring and retention of workers.”

Senate Majority Leader Mitch McConnell, R-Kentucky, hailed the long-awaited agreement on the package. “Leaders in the Senate, in the House, and the Secretary of the Treasury reached the major agreement that struggling Americans have needed for months,” McConnell said in a statement Monday. “We are going to pass another historic rescue package to help American families through this pandemic. We are going to pass full-year government funding so the Armed Forces and all federal departments have the resources and the certainty they need. And we are going to do both these things as soon as possible.”

The bill also allows families who are eligible for the Earned Income Tax Credit and the Additional Child Tax Credit and who experienced an income loss to use their 2019 income to determine these credits, putting more money in the pockets of working families. It reduces the income threshold for medical expense deductions from 10 percent to 7.5 percent, ensuring that more medical expenses are properly deductible. The bill also provides relief for employees with unused amounts in their health and dependent care flexible spending accounts by allowing for more expansive carryover and grace period policies. In addition, the bill extends for three months credits reimbursing employers for paid sick and family leave paid to employees due to COVID-19. The bill also includes $15 billion in funding for live music venues, independent movie theaters and cultural institutions.

The American Institute of CPAs expressed its support for the legislation.

“Though this has been a long and difficult year for many, we are encouraged by the willingness of our elected officials to come together on behalf of taxpayers and businesses everywhere,” said AICPA president and CEO Barry Melancon in a statement. “We are pleased with Congress’ efforts to provide much-needed economic relief to struggling businesses by ensuring expense deductibility under the PPP is honored, as was intended by the CARES Act. … The COVID-19 Relief Bill gives small business a fighting chance to recover from this global crisis and contribute to the economic stability our nation needs.” 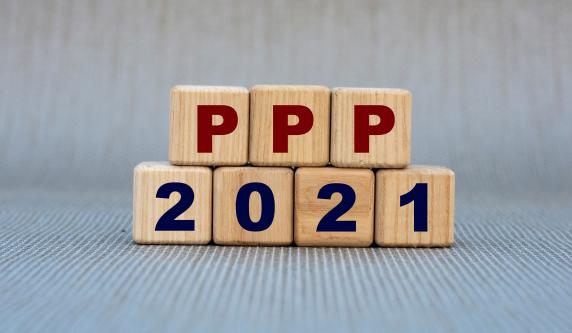 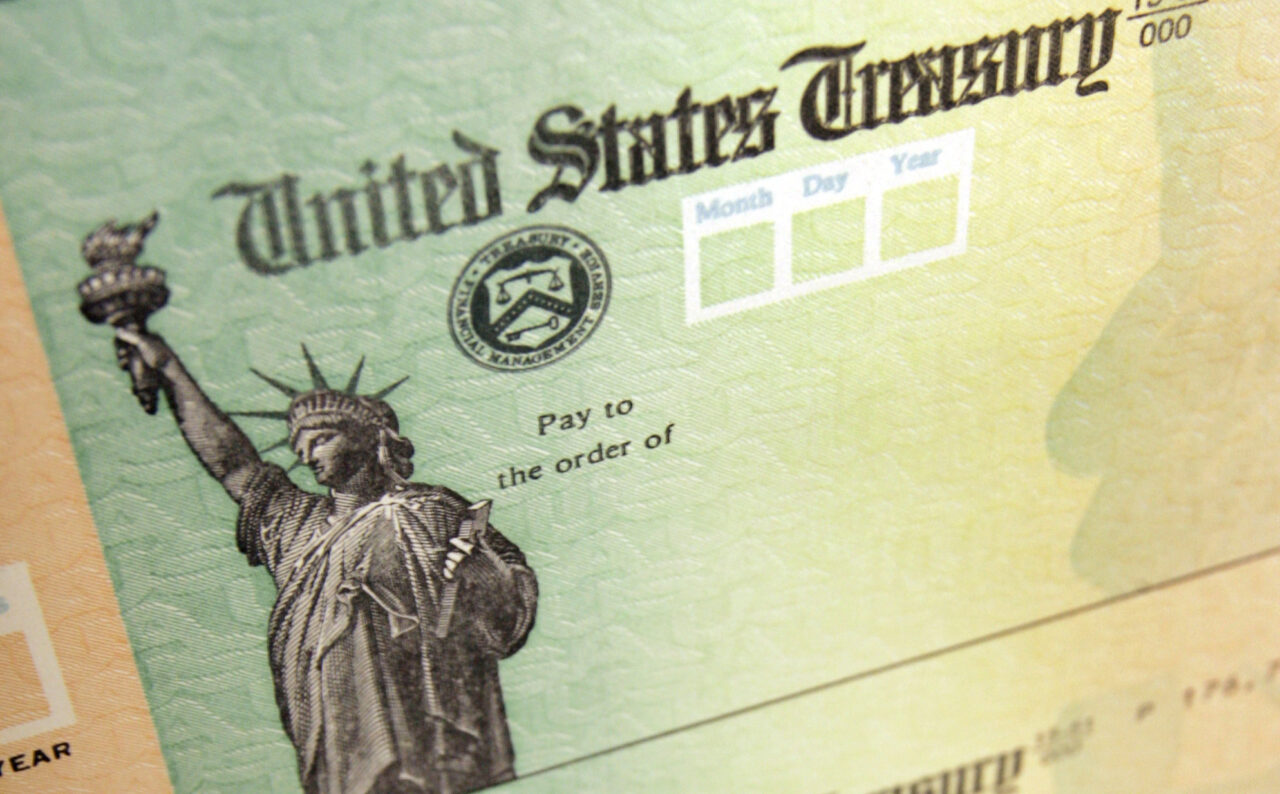 On December 21st, Congress passed the long-awaited Coronavirus Relief Bill. There are many pieces to this new package and here are some of the highlights. 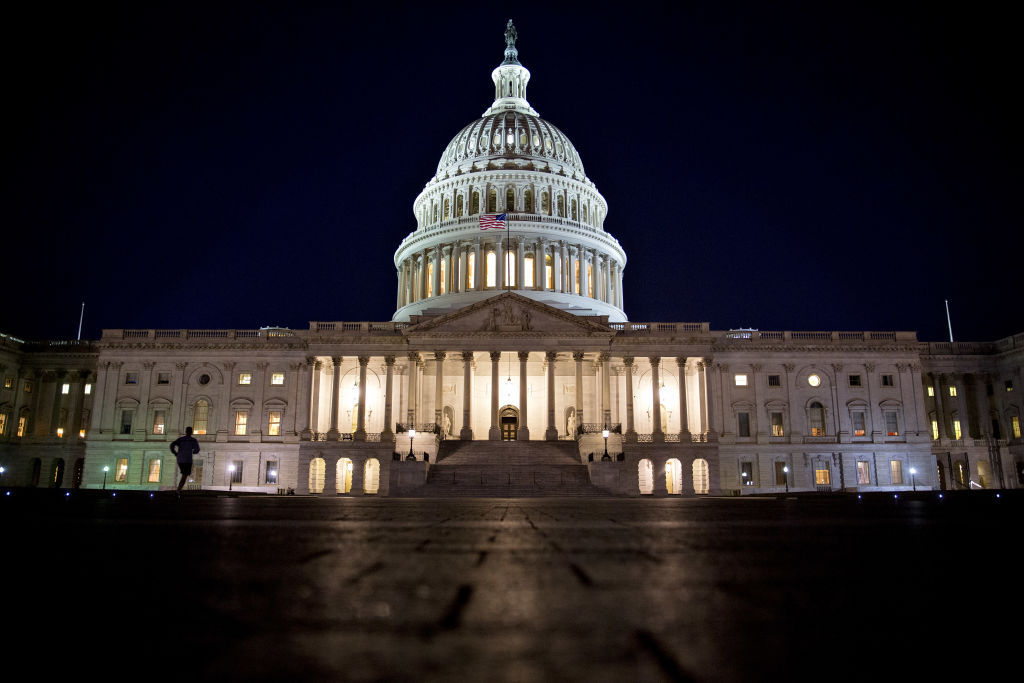 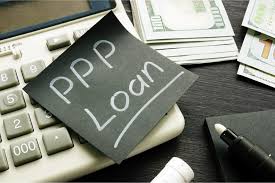 No Surprises in IRS Guidance on PPP Expense Deductibility

In a blow to the restaurant industry, the IRS issued guidance shortly before Thanksgiving that effectively negates the opportunity to claim a 2020 tax deduction